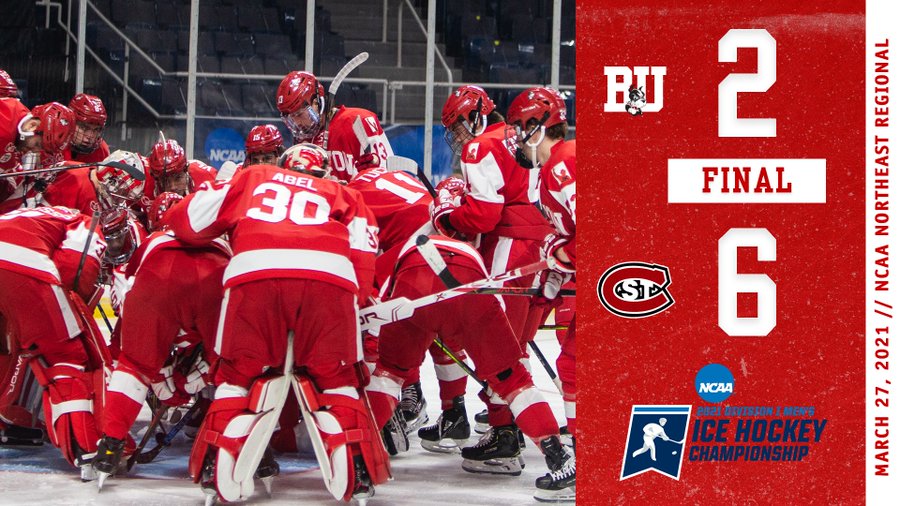 The No. 10/11 Boston University men’s ice hockey team had its season come to an end on Saturday afternoon as No. 7 St. Cloud State took a 6-2 victory in the first round of the NCAA Northeast Regional at the Times Union Center.

BU opened the scoring in the opening moments of what ended up being a five-goal second period and found itself down 3-2 with a period to play.

The Huskies prevented the Terriers from getting an equalizer and tacked on three more goals to advance to Sunday’s regional final.